The grinches at Adani are plotting to steal Christmas. After environmentalists defeated their mega mine, Adani announced they would finance a mine half the size of the one they planned themselves. They plan to start digging before the New Year and progressively ramp up production to 27.5 million tons per year.

But the Aussie public received an early gift: climate change inaction is toppling MPs in state and federal elections.

The grassroots movement have made the Adani brand toxic for banks and lenders but politicians are hesitant. The Liberal Party supports Adani, but Labor also refuses to oppose the mine. Luckily there is an election approaching.‍

Let’s make Adani just as toxic for politicians. Here’s what to do...

Imagine MPs waking on the 25th to halls (and streets) decked with StopAdani signs.

In the spirit of giving and receiving, here are some unwanted presents you can give politicians this Chrissy: 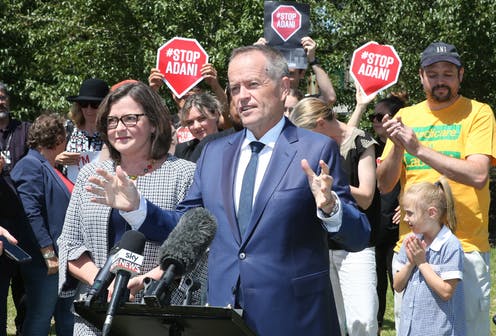 Let your MP know that supporting Adani will cost them votes. If you would like to phone or email your MP, tell them:

If you want to be specific, tell me not to subsidise loans for roads with beneficial royalty deals and that they must assess Adani’s water license with a full environmental impact assessment.

Mailing your MP also sends a strong message. The contact details for Senators and Members are here.

The Australian Youth Climate Coalition (AYCC) figured out where Labor MPs stand on the issues. You can identify who supports the mine who opposes it.

You can join loads of groups across the country doing good work. Organising actions is exciting, energising, and effective. Politicians can’t ignore on the ground action – it interrupts their flow and makes #StopAdani dominate the narrative.

In 1982, a nation-wide a grassroots campaign created so much pressure that a newly-elected Labor government halted the construction of the Franklin Dam, a project widely considered to be unstoppable. We can do the same today. Positive social change, like civil rights, anti-slavery, and anti-apartheid, has been led by organised mass movements pressuring government to act.

By investing your savings with Future Super you build the alternative energy sources that will beat fossil fuels in the long term. Renewable energy is already a cheaper source of power than fossil fuels in many countries.

A paper by the UTS in Sydney showed just 7.7% of superannuation could fund Australia’s transition to 100 percent renewable energy by 2030. Our Renewables Plus investment option invests 20% of the portfolio in renewable energy projects, like the 19MW Swan Hill solar farm in Victoria.

For every person who joins Future Super in this festive month, Future Super will donate $50 to campaign groups who are making Adani unavoidable this election.

You can join in 2 minutes here.

4) If you’re already taking action, have a conservation

Mass movements thrive from conversations that spread messages. The psychologist, Per Espen Stoknes, identified the 5 main psychological barriers to climate action and provides strategies on how to talk about climate change in a way that inspires optimism.

These help us speak about the opportunity to use the climate crisis to create a healthy society and economy that works with nature. People also trust their friends and family as much as the experts, so bringing up Adani with friends and family is important. ‍

Adani is powerful but let’s not forget that we have stopped before and we can do it again.

Imagine how, as your MP reaches across their table for another serving of Christmas ham, the shrill ring of a calling constituent reminds them that, in the end, even the Grinch joined the celebrating townsfolk.