For those of you who participated in the global climate strike on September 20, you were part of a very unique moment in recent history.

Never before have there been so many people involved in an organised protest against government inaction on climate change. Never before has a movement of such magnitude been inspired by a single teenager, and, subsequently, taken forward by other teenagers.

Never before has there been such a cross-section of humanity united under the same issue. Across the world on September 20, more than 4 million people mobilised and marched against their governments in protest. In Australia alone, we were 300,000 strong. In Sydney–where I spent the day–I marched alongside more than 80,000 others.

For context, this strike is the culmination of a year’s worth of organising and campaigning, primarily on behalf of a global youth-led movement. This is known as the School Strike for Climate movement (or SS4C) here in Australia, but it goes by many names across the globe, including ‘Fridays for Future’ and ‘Youth for Climate,’ among others. The SS4C movement began with a single Swedish teenager (Greta Thunberg: perhaps you’ve heard of her?) in August of 2018, who spent many of her school days sitting outside of Swedish parliament with a sign that read “SKOLSTREJK FÖR KLIMATET,” which effectively translates to “school strike for the climate.” This lone act of protest by this then-15-year-old school kid has since inspired a rapidly-growing series of youth-led protests across the globe. These incredible young people have taken on the burden of ensuring a safe and secure future for themselves, as they maintain that government inaction on climate change will affect them the most, more so than anyone else alive today. 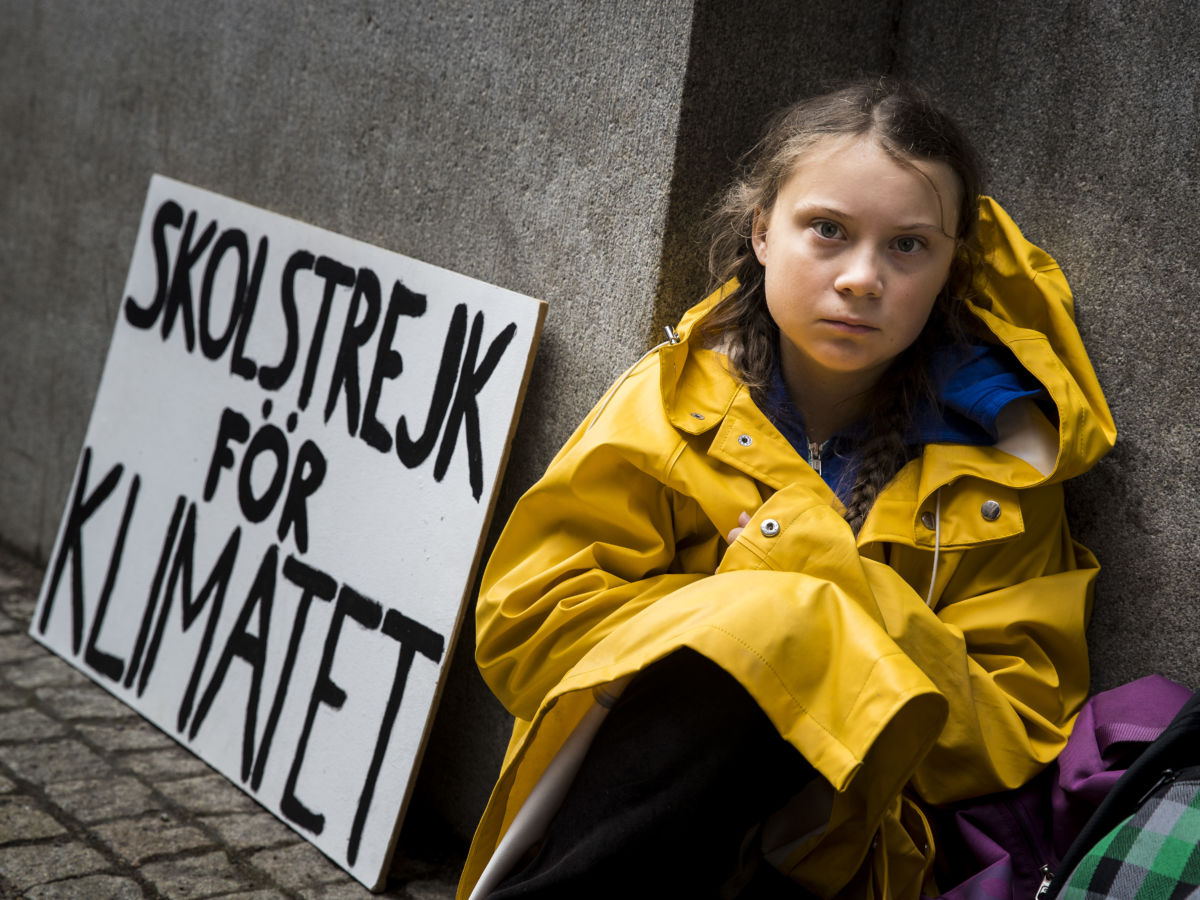 As a climate-conscious individual in my late 20’s, I have had some experience in organising and campaigning against inaction on climate change.

I tend to spend most of my waking hours doing some kind of work (paid or voluntary) in this space, often to the detriment of much-needed time with friends and family. Although I care deeply about the issue at hand and want to do what I can to help, there is one thing that I will always hold dear to my heart that the youth of today will probably never experience. Something that inspires me to keep doing the work that I do, every day. And that is a childhood full of promise. A childhood full of hope.

Most of us adults in affluent Western countries grew up in an era of relative safety and security, and we tend to take it for granted. I don’t mean to undermine anyone’s lived experience, here, as there are some awful things happening to many wonderful people across the world. One reality, however, that is something of a recent development in our collective consciousness, is the fact that we are living our lives during a mass extinction event. There is a global scientific consensus that human economic activity has caused severe damage to the Earth’s climate, and we are nearing the point of no return. We are on the verge of catastrophic climate collapse. This is a hard reality for a child to face up to, and, further still, an exceptionally difficult burden to bear. Which is why the much-needed SS4C movement is so incredibly inspiring, particularly in times like these, and as adults, there is quite a lot that we can do to help out, believe it or not!

"Everywhere you looked, you could see many different people from many different walks of life, all sporting that same look of determination in their eyes that is... the sheer joy of being surrounded by thousands of like-minded individuals."

I spent most of my time in the weeks leading up to September 20 working on something strike-related. I sent countless emails. I made dozens of phone calls. I ran a social media campaign. I mentioned the strike to every single person I met during that period. I believe that I may have even offended (or lost) a friend or 2 throughout the process (yes, it was worth it, in case you were wondering). And that was all outside of business hours. At the Future Super office, we were all deeply engaged in the Not Business as Usual campaign, where we advocated for businesses around Australia to pledge their support for the school strikers and join us in solidarity by allowing their employees to strike on the day. Almost 3,000 businesses signed the pledge, and we saw a turnout of tens of thousands of adults join the student-led protest on September 20. In the weeks leading up to the strike, the office was buzzing with energy, which seemed to intensify as each day passed. There was so much work to do for this campaign, we had just about the whole team involved, in some capacity. We even had our managing directors making calls to businesses that people tagged on social media.  We kept ourselves sane by spontaneously applauding each other (for no discernible reason–you had to be there to appreciate this) and eating donuts (yum). It was a wild few weeks.

For those of you who attended one of the strikes, you would probably agree with me when I say that the energy in the air was almost tangible enough to grab with your hands. Everywhere you looked, you could see many different people from many different walks of life, all sporting that same look of determination in their eyes that is somewhere between a deep concern for the future opportunities of their loved ones and the sheer joy of being surrounded by thousands of like-minded individuals. There was a widely-acknowledged air of respect for and sense of solidarity with the students who delivered such inspiring and engaging speeches. Although my role on the day was to lead a team of 13 marshals–meaning that I needed to be in a constant state of awareness for what was happening all around me–I couldn’t help but occasionally let myself be swept up in the moment, joining in on the catchy chants and posing for photos with friends that I bumped into throughout the course of the march. 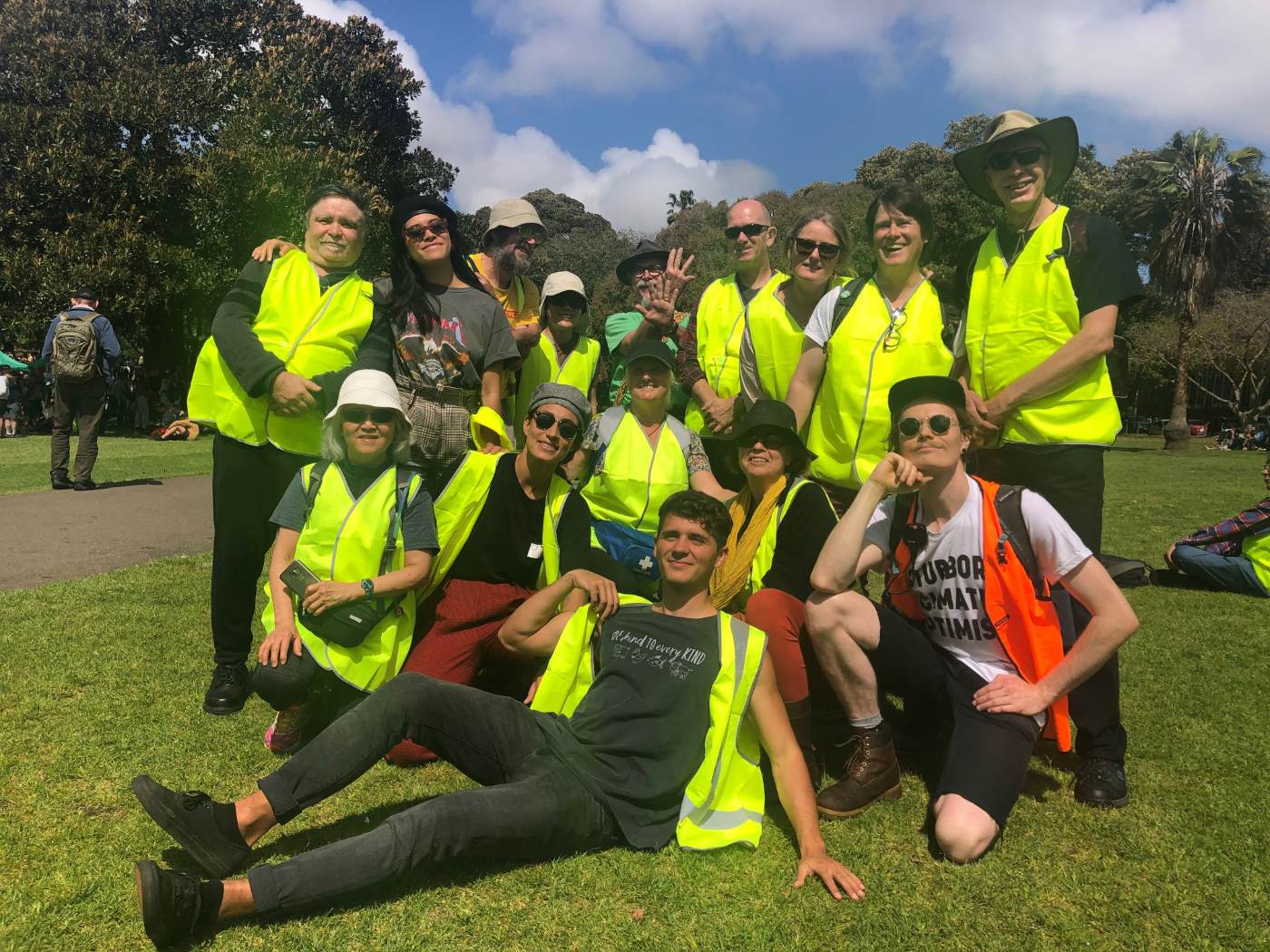 The wonderful team of volunteer marshals I worked with on September 20.

Though there were some surprise last-minute route changes and a few people who forgot to bring water and sunscreen, everyone marched safely and eagerly from The Domain to Hyde Park. From start to finish, the strikers maintained an atmosphere of positivity and inclusivity, and the desire for climate action seemed to be permanently etched into the features of every single face that my eyes happened across. But there was also a certain kind of tension in the crowd, too. A universal, underlying sentiment, something that is perhaps captured best in the form of a few questions: what next? Where to from here? Although there were marches happening all over the world–as millions of people took time away from their daily lives to protest–what outcomes will we see post-strike?

We all know that large-scale social change doesn’t happen overnight. But that’s not to say that I’m a climate pessimist (I should imagine that if you’ve made it this far into my article, you would think quite the opposite). Rather, I believe that social change relies heavily upon persistent campaigning and good organising. Which is to say that my personal theory of change centres on the idea of people power: if we can get enough people involved in the climate movement and influence the views of the general population, then we will start to see effective change happening at an institutional level. How do we do this, you might ask? We organise, organise, organise! To build on the momentum of the global climate strike, we need to increase our campaigning efforts and start to bring more people into the movement, in whatever capacity that they can contribute. There are several groups and organisations that are already well established within the movement–big names like the Australian Youth Climate Coalition (AYCC), Seed Mob, Getup, and Greenpeace, just to name a few–but there are also plenty of community-based organisations and lobby groups to seek out and get involved in.

So, get out there. Go and get involved. We need you! 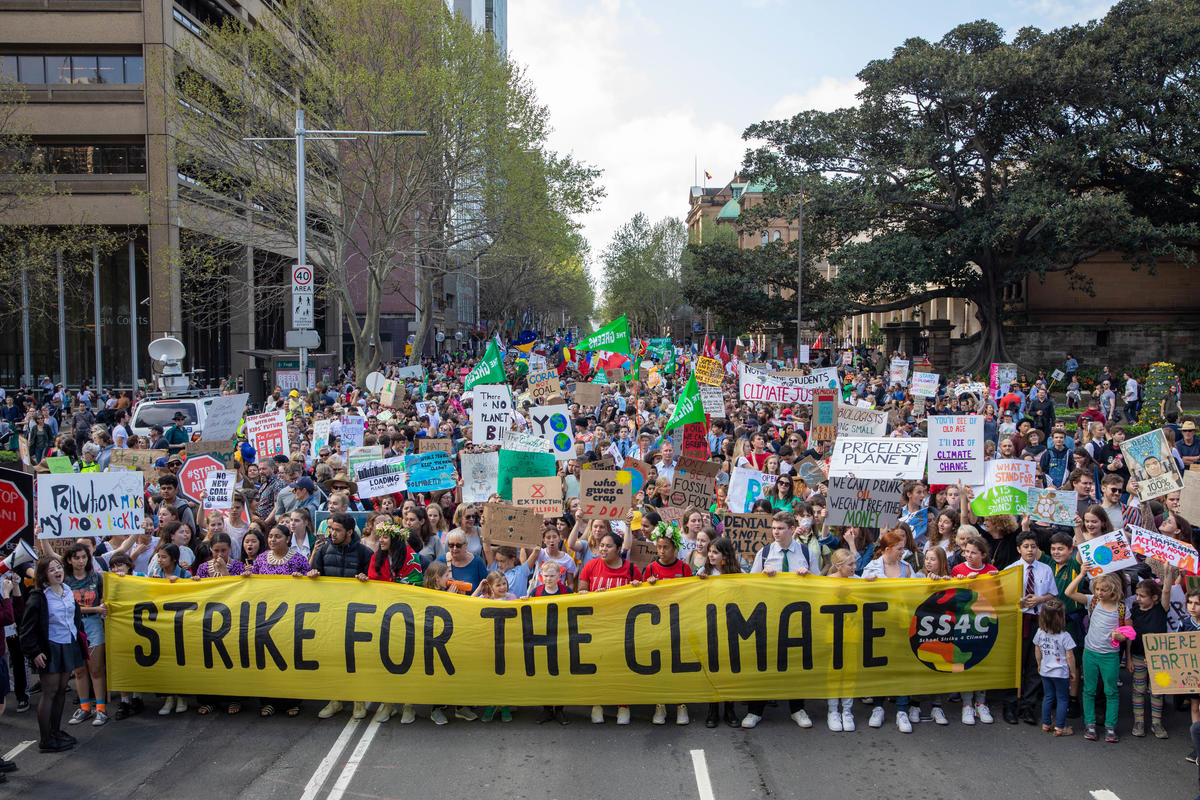