When you think of ethical investments, data centers are unlikely to be the first sector that comes to mind. However, it’s Australian listed companies like NextDC that are providing critical sustainability leadership by reducing the carbon footprint connected to our digital activities.

Much of modern life requires the storage of information as data. Whether you’re streaming The Get Down on Netflix, listening to The Gorillaz's (rather disappointing) latest album on Spotify, or distractedly trawling your Facebook news feed, you’re generating demand for the creation, transfer, storage and retrieval of data.

The growth of data has exploded over the past few decades, and it's increasing exponentially. More data was created in 2015 and 2016 than the rest of human history combined. Research by IBM found that humans create 2.5 quintillion bytes of data daily. That's the equivalent of about half a billion HD movie downloads every day! 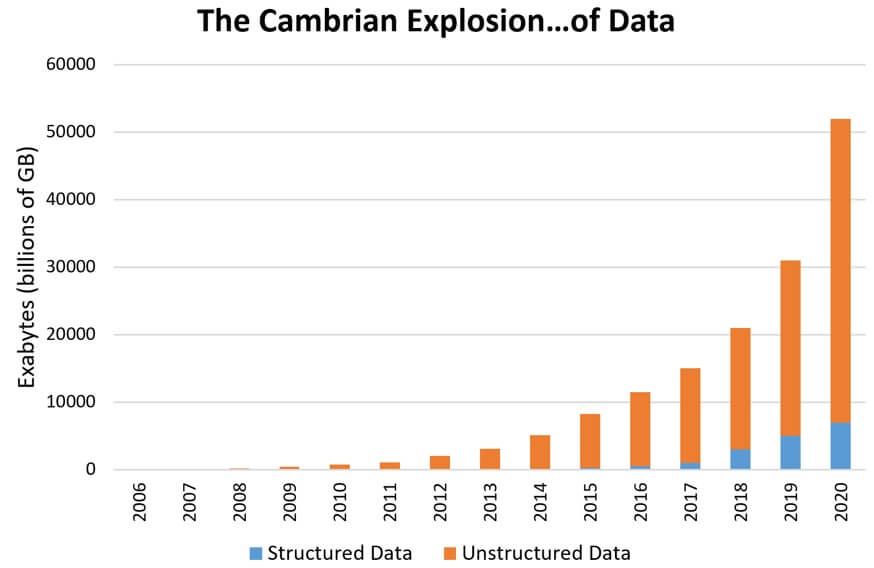 In the not-too-distant future, it will be ordinary for cars to drive themselves, medical operations to be conducted remotely, and for localised data storage to go the way of the floppy disk and CD.

This trend towards increased communication between virtual and physical objects is called the Internet of things (IoT), and it's driving the demand for data sky high.

It's the job of data centres to meet our seemingly endless appetite for ones and zeros.

But there’s a sustainability issue lurking just beneath the surface.

Data centres consume power, and lots of it.

The growth rate for data centres is an impressive achievement for an industry that barely existed a decade prior. But the energy needed to power their operations is expected to treble over the next 10 years, which is a serious issue in the age of climate change.

Our insatiable desire for data-driven services comes with an environmental downside that must be addressed.

That’s where innovative, Australian technology companies like NEXTDC come in.

NEXTDC is Australia’s largest network of independently owned data centres. Marketing itself as ‘where the cloud lives’, NEXTDC provides state-of-the-art facilities in Sydney, Melbourne, Brisbane, Perth and Canberra, and is now building second centres in the first three capitals.

In addition to their innovative business model, NEXTDC’s demonstrated sustainability leadership is what sets them apart from other data centres, through a commitment to exceptional efficiency for energy and materials, and sourcing power from renewables.

At the time of construction in 2013, the M1 Melbourne data centre was also home to Australia’s largest rooftop solar array. In the 2016 financial year alone, the massive 6000m2, 400 kilowatts solar system produced 476 megawatt hours of clean energy that was 100% consumed by the resident customers, for an emissions reduction impact of 488 tonnes of CO2.

NEXTDC has plans for similarly ambitious solar arrays at its Sydney and Perth data centres, and is examining the potential to host solar panels on the rooftops of neighbouring buildings. NEXTDC has also joined forces with the City of Melbourne as part of a group of large energy users with a collective consumption of around 100 gigawatt hours of energy (equivalent to around 250,000 solar panels or 15 wind turbines), which have signalled their interest in testing a new approach to driving investment in renewable energy by stimulating supply through a group purchasing model.

NEXTDC operates colocation data centres, which host organisations’ critical IT infrastructure in shared facilities, generating economies of scale that are inherently more efficient than hosting in a user’s own premises or small, dedicated facility.

Because users are charged for their energy consumption, it’s in NEXTDC’s best interests to reduce overall facility energy consumption as much as possible. Many organisations also rely on NEXTDC’s various industry certifications for service resilience, data security and energy efficiency, such as the ISO14001:2015 standard for an Environmental Management System.

In addition to making its own renewable energy, NEXTDC implements energy efficient design and management to reduce its environmental impact.

NEXTDC extensively monitors its energy systems, collecting data on power consumption and hourly weather conditions at each facility to inform the retuning of the mechanical and electrical plants (MEP) for maximum efficiency. Several NEXTDC facilities use naturally chill air from outside the facility, either directly into the data halls or to cool the water for the chillers, to further improve energy efficiency.

Priority is given to recycling, waste prevention, and the elimination of wasteful practices through whole-of-company education initiatives, and engagement with suppliers.

In 2013, NEXTDC was recognised by the IT industry for its sustainability leadership, winning the ARN ICT Industry Award for Sustainability, and in 2014 NEXTDC’s M1 Melbourne data centre was a finalist in the ‘Green’ data centre category of the globally recognised DatacenterDynamics Awards, for the Asia-Pacific.

In June 2016, the M1 Melbourne centre was awarded a 4.5 star energy efficiency rating by the National Australian Built Environment Rating System (NABERS), which is currently the equal highest rating in the data centre community. NEXTDC is an original signatory to NABERs for Data Centres and is committed to achieving NABERs ratings across its greenfield facilities.

Invest in making a difference

Future Super’s investment philosophy means we actively seek out companies that are driving positive change in their industry.  If you want your super to be invested in a diversified portfolio of local and international sustainability leaders, find out more about Future Super today.