A Brief History of Ethical Investing 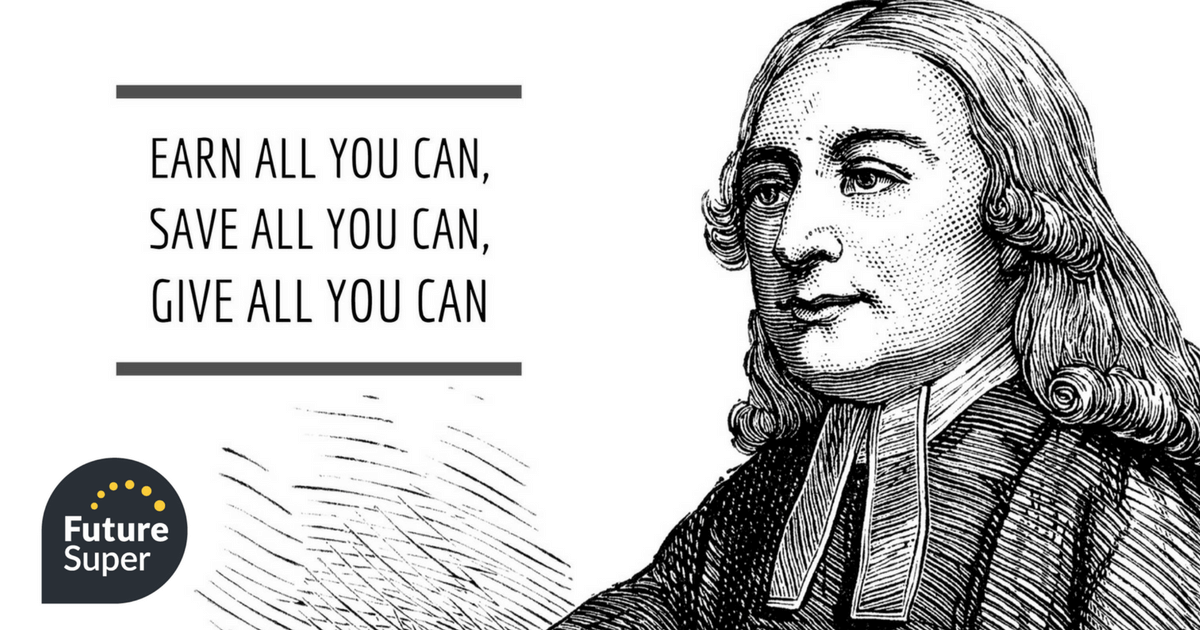 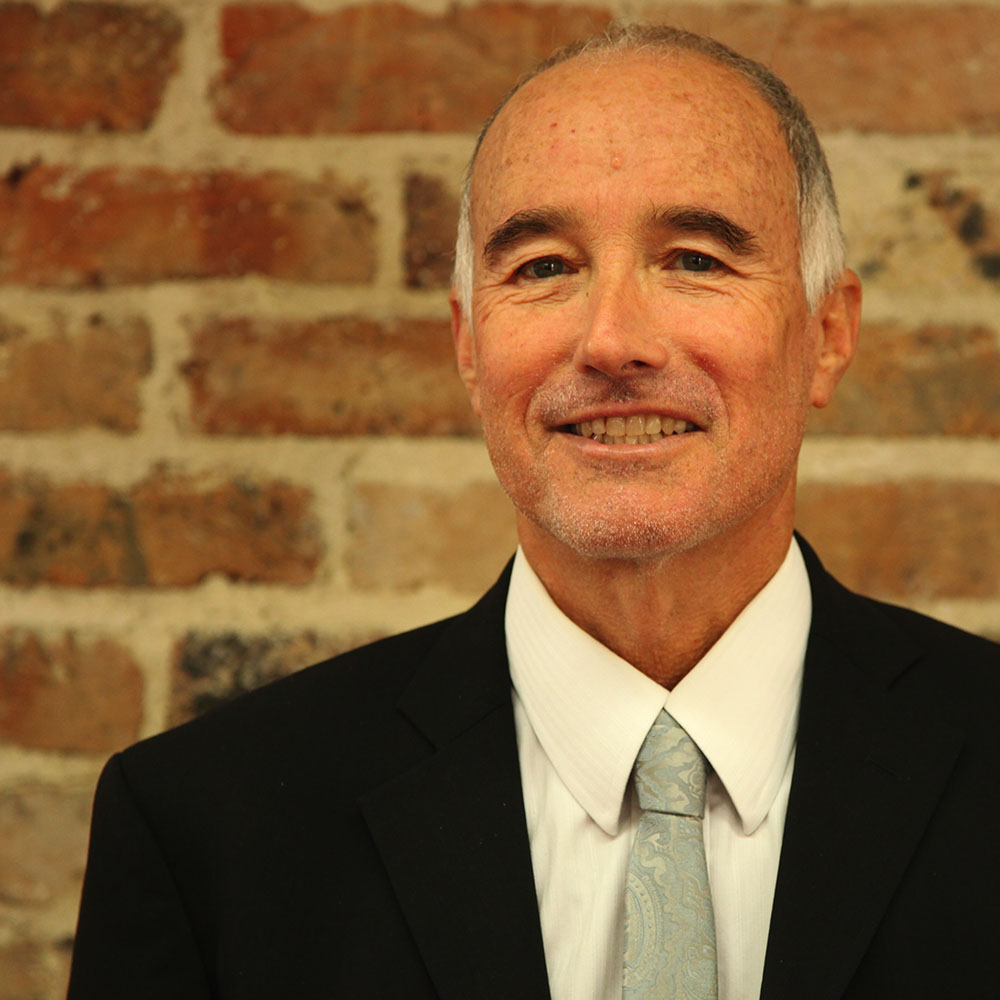 James knows a thing or two about ethical investing.

Before becoming a Future Super director, James co-founded Australia’s oldest ethical investment and superannuation fund. He was an inaugural board member of the Ethical Investment Association (now The Responsible Investment Association of Australasia), and has held senior positions with credit union peak bodies, local government and academia. James is also the Chair of CAER, a highly regarded ethical research house, and has studied shareholder activist mechanisms internationally through a Churchill Fellowship.

I was lucky to grab a few moments with James, one of Australia’s most eminent ethical investing pioneers, to discuss the history of the industry.

Hi James, thanks for taking the time to help us dig into the rich history of ethical investing (pun intended).

To kick things off, can you briefly describe what ethical investment is all about, and why it’s important?

Ethical investment is about matching our values with our investment decisions. Because money talks - what we do with money matters. That’s especially true with superannuation - a genuine long-term investment that most Australians rarely engage with.

The values and beliefs we hold influence how we interact and react to people and our surroundings. We may choose not to exploit people and rubbish our environment, while choosing to be concerned about climate change, admonish militarism or protect animals, natural ecosystems and our diverse societies.

By choosing to invest ethically, we’re able to send a strong signal to the market regarding what we value, and what type of activities we want to profit from.

What would you say to someone who’s struggling to connect the dots between personal values and investment? Can you lay it out for me?

The second point to make is that investing according to values historically pays off. Research by the Responsible Investment Association of Australasia shows ethical funds have actually outperformed conventional funds over the past 10 years.

Conventional funds fight to keep values out of the picture, preferring to ignore environmental, social and ethical issues when making investment decisions. Has this always been the case?

Integrating values with financial choices has been practiced throughout history. The roots of the ethical investing movement today can be traced back to Biblical times and is expressed in all major world religions.

In the 18th and 19th centuries, Quakers and Methodists practiced what we now call ethical investing. Quakers prohibited their members from participating in the slave trade, citing the buying and selling of humans as immoral. Methodist founder John Welsey wrote a sermon called ‘The Use of Money’, in which he advocated maximising profit, but only through businesses that do not harm physical or mental health. In the 20th Century, such ideals were given voice by avoiding investment in so-called ‘sin stocks’, typically alcohol, tobacco and gambling. Such exclusion or screening-out is now called negative-screening.

More recent roots are evident in the 1960s and ’70s when US College (University) endowment or trust funds excluded investment in companies producing weapons during the Vietnam war, for instance Dow Chemical’s Agent Orange defoliant*.* In the case of South African apartheid, opposition took place via boycotts and divestment from companies supplying the racist regime. The screening-out of weaponry led to the establishment of the first publicly available ethical investment fund of its kind in the US, called Pax, which in Latin means peace.

In Australia, the 1980s and early ’90s saw a handful of ethical funds in what essentially was a cottage industry. One of the earliest funds emerged from the Earthbank Society which itself grew out of Permaculture. Almost all have since disappeared, except Australian Ethical, which I helped establish. At that time the terminology chosen was Ethical Investment; this was more in keeping with UK nomenclature in contrast to America where Socially Responsible Investment (SRI) was typical.

With the launch of the United Nations Principles for Responsible Investment (UNPRI) in 2006, large parts of the industry, especially institutional players like industry super funds, adopted the term Environmental, Social and Governance (ESG).

There’s a lot of different terms for ethical investing. Do they all mean the same thing?

While the various terms are often used interchangeably, there can be (subtle) differences which impact on how investments are chosen.

How has our understanding of what ethical investing is developed over time?

Values evolve over time and what it means to invest ethically does, too. What was a relevant or important matter a decade ago may not be so today, and vice versa.

In this context, Future Super is the next generation of ethical investment. It is the first Australian superannuation fund completely free from fossil-fuel investments. It focuses on climate change as its paramount issue, addressing fossil fuel stranded assets risk and carbon pollution. Future Super is the choice of super fund for the fossil fuel divestment movement, with a mandate to grow investment in clean energy generation and efficiency, while incorporating all areas of concern to more traditional ethical funds.

Ok so we’ve heard a lot about the nuance of ethical investment. Can you summarise the core similarities for us?

Despite all the potential differences, it is helpful to keep in mind that at its core ethical investment is simply about knowing what your money is doing.

Understanding what practices and activities your money is supporting or avoiding. Knowing this means you can be assured your values are being fully respected and represented. Sadly, greenwashing (a cynical marketing ploy where companies promote their products as ethical when they are not) is still out there, alive and well. That’s why, unlike conventional super funds, true ethical funds like Future Super are fully transparent about their investments.

Important too, is the notion ‘for investors, society and the environment’ (a catchphrase originally, but no longer used by Australian Ethical). This saying highlights the fundamental purpose of ethical investment practices. Not only is society and the environment supported and protected, investors are able to secure a financial benefit, too. In other words, all three interests are served mutually.

When financial benefit integrates with social and environmentally positive activities, it unshackles us from reliance on government policy to get things done.

Thanks so much for your time today, James. Do you have any final thoughts you’d like to leave with our members?

One thing always worth remembering is that aligning our investment decisions with our values can have a positive impact on financial performance.

Investing with our beliefs does not mean returns need be sacrificed. As mentioned above, research consistently finds that, over the longer-term, ethical investments perform as well as, if not better than, alternatives.

Wouldn’t you want to avoid investing into repressive regimes, companies that pollute, or have poor labour or workplace health and safety practices, not to mention those promoting gambling or building weapons?

Doesn’t it make more sense to invest in the companies of the future? Companies that are riding the technological wave, or whose activities and products are beneficially sought by consumers; companies who promote renewable energy, or provide better healthcare, or actually work hard to know what’s going-on throughout their supply chain?

It may seem like common sense from a personal viewpoint, but it also makes sound financial sense. Ethical investing may be the closest you get to having your cake and eating it too.

*It’s always struck me as surprising when conventional fund managers or major superannuation funds create and promote one or more ‘ethical’ products, yet the rest of their investments remain the same. It treats ethical investing as perfunctory and optional, rather than the fully-fledged paradigm shift it is.

** When presenting at the ASFONZ conference in New Zealand 2008, I conveyed the importance of climate change as the biggest issue facing this generation - some would say it’s the most important issue to face all generations. The scope and potential impact of climate change in environmental, humanitarian, health, and political terms makes it an overarching issue with consequences to rival the magnitude of war.