This Is Our Why: reflections on Bill McKibben's Accelerate Climate Action Tour 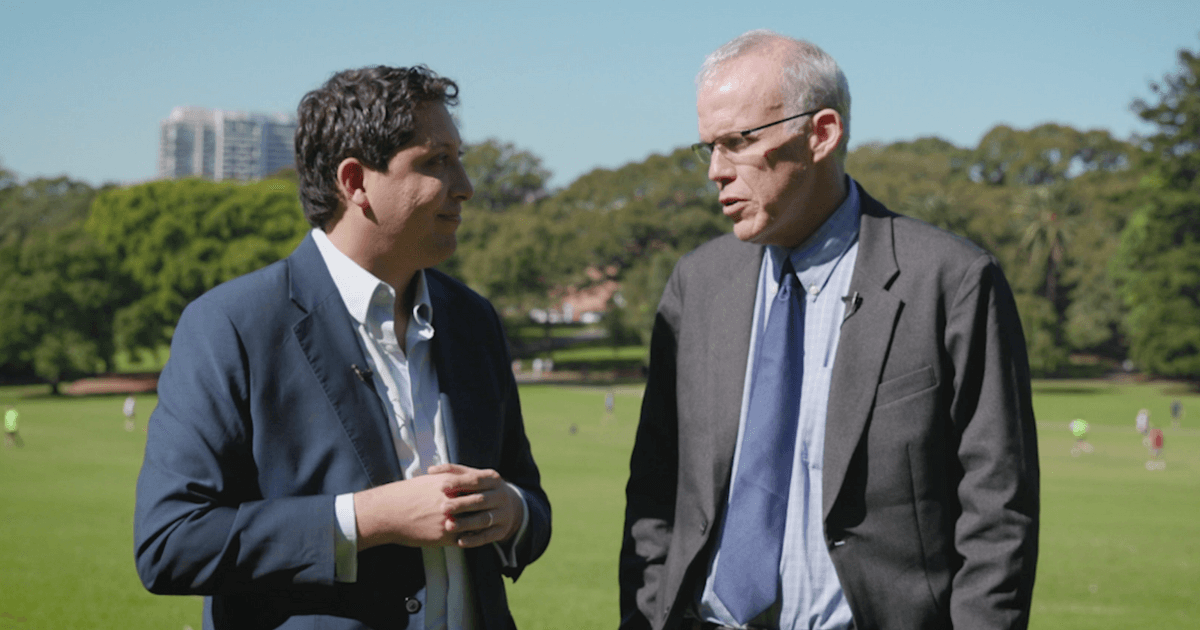 Who Is Bill McKibben?

For those who don’t know, nearly 30 years ago Bill wrote The End of Nature, the world’s first book for public consumption on climate change*.* Bill has since gone on to write many more books, and founded 350.org, a global movement spanning 188 countries and hundreds of thousands of people demanding action from governments and corporations to divest from fossil fuels and move towards a zero-carbon economy.

These events have been a powerful call to action. The Sydney leg was opened by 350.org Australia’s founder Blair Palese, followed by Sydney’s Deputy Lord Mayor Jess Miller, who spoke about the reality that local government will increasingly be called upon to respond to the climate-related weather events.

Next up, the man himself – Bill McKibben, who gave some background on his role in the climate movement, and what it takes to build a global movement.

1. A fast and just transition to renewables

3. Not a penny more for dirty energy

These points were illustrated by Joseph Scales from Repower Port Augusta and Zane Sikulu from Pacific Climate Warriors. In the middle, we heard from Jo Dodds who survived the recent bushfires in Tathra. Jo spoke with anger and passion about her response to the Prime Minister’s statement (taking a leaf out of the NRA’s playbook) that the aftermath of the bushfires was not the time to discuss climate change politics. The next morning Jo sent a message to the PM from the smouldering ashes of the bush behind her home – it is visceral, powerful, and well worth a watch.

While the content of the night was sobering, the message was one of hope – we can still stop the rise of CO2 and the destruction of our planet, but we must act now, and we must act quickly.

We are part of the solution

At Future Super we are building a movement of empowered Australians who will use their savings to create a cleaner, brighter, renewables-powered future.

We do this in two ways:

Divest for the future

“Divest” is an interesting word in finance - in short, it means to sell an asset. In a climate sense is often viewed as a form of moral protest - by selling out of fossil fuel companies,  it undermines the social licence of the polluter’s business model and the banks and super funds who fund them.

But divesting, also know as going fossil-free, is also a well-reasoned and logical investment strategy in a world where the cost of carbon pollution can be seen in global sea level and the increasing frequency and severity of extreme weather events.

If Australia has any chance of delivering our emissions reduction targets, we are going to have to reduce our overall emissions. This means using less fossil fuels, which in economic terms, means that demand for fossil fuels will have to fall.

Even ignoring the fact that the price of renewable energy will soon be cheaper than coal (which it will) - if you’re an investor in a company where demand for its product is falling, you’d be thinking pretty seriously about divesting.

But we shouldn’t lose sight of the protest element, either. Because if the Banking Royal Commission is anything to go by, when big business is asked to balance short-term profits against the people’s best interests, the people always lose. We have seen this recently with AMP, NAB and CBA at the Royal Commission, but there are countless examples.

We would be naïve to believe that the same is not true in the boardrooms and management of our largest superannuation funds.

Our superannuation has huge potential to shape our future world. Groundbreaking new research by UTS Institute of Sustainable Futures, commissioned by Future Super and 350.org, has revealed that as little as 7.7% of Australia’s super could transform our power sector to 100% renewable energyby 2030. By increasing this to just 12.4% we could completely decarbonise our electricity, transport, industrial and primary energy sectors by 2050.

This is why we started a Future Super - so everyday Australians could invest their super responsibly, with zero fossil fuels and a focus on the sustainable industries of the future like renewable energy.

Not only do we passionately believe that divesting from fossil fuels and reinvesting in renewables will deliver for our members in retirement, we know that without this, there may not be much of a planet left to retire onto.

Want to be part of the fossil-free super movement? Join today in 2 minutes.