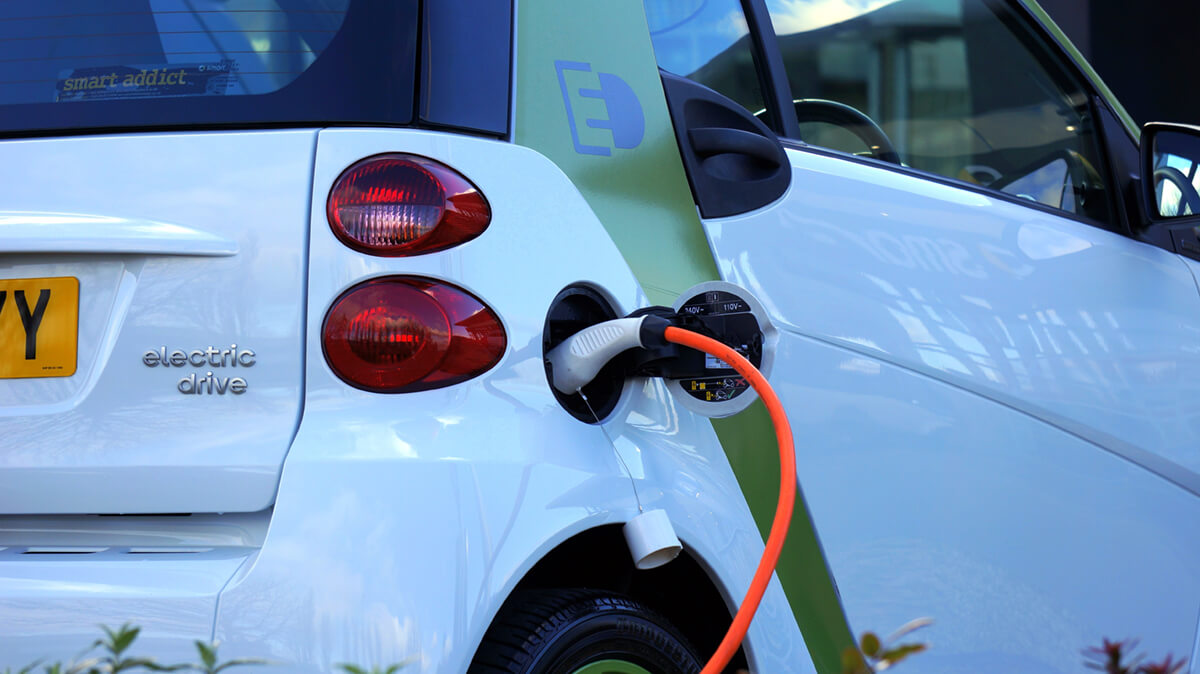 “The resource-based coal, oil and gas industries are being violently disrupted by a wave of cleantech innovation,” says Sheikh. “The polluter’s business model is being threatened on all sides - from advancements in renewable energy, battery storage and smart metering, peer-to-peer energy trading, the electrification of transport and autonomous driving technologies.”

Supercharging Australia's Clean Energy Transition, commissioned by 350.org and Future Super, shows that Australians could fund the nation’s transition to a 100% renewable energy power sector by 2030 with an investment of just 7.7% of Australia’s superannuation savings.

To achieve full decarbonisation for the entire energy system by 2050 - including transport and industry - would require an allocation of 12.4%, according to the report.

“The vast majority of Australians want a renewable energy powered society,” says Simon Sheikh, co-founder of Future Super. “Now, thanks to UTS research, we know how achievable this is - just a small portion of Australia's collective super savings could completely fund our country’s transition to 100% renewable energy.”

The research findings also reveal that the total investment required to transition Australia to 100% renewables by 2050 has dropped from $800 billion to $788 billion. This significant investment is dwarfed by the projected growth of Australia's collective super savings - already the 4th largest pool of retirement savings in the world - which is projected to grow from $2.6 trillion to more than $6.5 trillion by 2050. 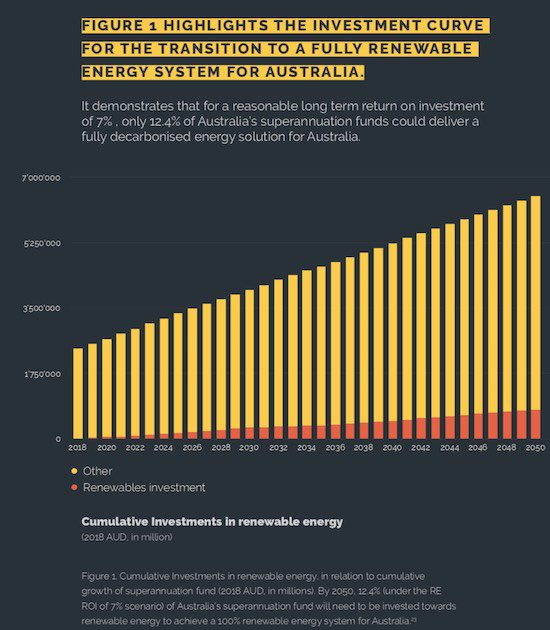 “When people unite they can leverage powerful change, as witnessed this year when New York City and New York State announced they would divest their multi-billion pension funds of fossil fuels,” said Bill McKibben, founder of 350.org, who is launching the report as part of his Accelerate Climate Action tour. “This happened because ordinary people decided they didn’t want their retirement funds fueling climate change.”

“We must act swiftly to protect the climate from dangerous greenhouse gas emissions and to do that, we need to ensure not another penny of our money goes to support fossil fuels - that we build no new coal, gas or oil projects and that the community’s money in superannuation supports the transition to 100% renewable energy.”

A New Way to Invest in Renewables

“The resource-based coal, oil and gas industries are being violently disrupted by a wave of cleantech innovation,” says Sheikh. “The polluter’s business model is being threatened on all sides - from advancements in renewable energy, battery storage and smart metering, peer-to-peer energy trading, the electrification of transport and autonomous driving technologies.”

Officially launching on the 8th of May 2018, Future Super Growth (Renewables Plus) boasts an industry-leading 20% target allocation to renewable energy and zero investment in fossil fuels.

“Activists have urged divestment for what you might call moral reasons: if it’s wrong to wreck the planet, it’s wrong to profit from the wreckage,” said McKIbben, “But pension funds are willing to divest because they’ve come to believe that the future is not about coal and oil and gas—that these are now on the decline. The future lies elsewhere.”

Join the waitlist for Future Super Growth (Renewables Plus)