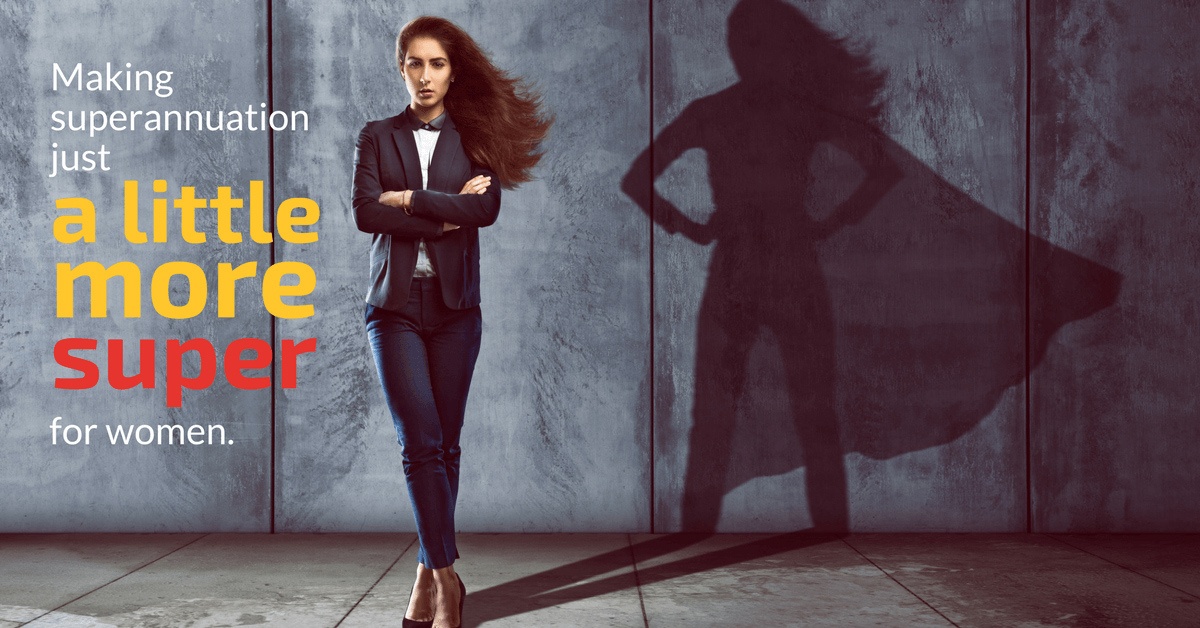 It’s no secret that superannuation kinda sucks for women.

Super, it turns out, is where a lifetime of workforce inequality can be seen loud and clear: the median super balance at retirement is 47% lower for women than it is for men.

If you’re a parent, the gap is even wider: Mums in Australia retire with 60% less superannuation than Dads.

Add to this the fact that the average woman lives longer than the average man and the size of this problem becomes clear:

Women retire with less money, and what little they have, they have to spread over more years.

No wonder one in three older women are living in poverty.

So what can be done to fix this problem?

A lot of the solutions proposed by government pushes the solution onto the individual: if women made personal contributions to their super balances, they’d have more super! But this solution only works if women have money to spare to make these contributions. But with only 24% of Australian women in full-time work, for many, this just isn’t realistic.

But some private companies are stepping up to make superannuation just that little bit more super for the women who work for them.

Now, it’s not often that we at Future Super celebrate members of the fossil fuel industry, but Viva Energy, a Shell subsidiary, has just announced a new superannuation policy that has us cheering - that all part-time staff in their workforce will be paid superannuation as though they were working full-time. Not only that, but Viva also pays super at 12% of salary, much higher than the statutory 9.5%. Considering that more than 70% of people working part-time in Australia are women, this move by Viva will help close the gap in retirement savings for the women who work there.

Other Australian businesses are also acting to close the superannuation gap for women, including at ANZ Bank where they pay an extra $500 per year into the super accounts of their female staff members. Not only that, but superannuation payments continue to be paid to staff who take parental leave.

Let’s hope that this isn’t the last step that these companies take towards creating a better world. We even have some ideas to get them going - ANZ could take that $3.2B they have invested in fossil fuels and use it to fund renewables instead, while Viva could use their position as an energy giant to lead the global transition to renewable energy.

Just some food for thought. After all, as my mum always used to say, “If you want to make the world a better place, take a look at yourself then make the change.” … or was that someone else?*