How we are setting our women up for super success 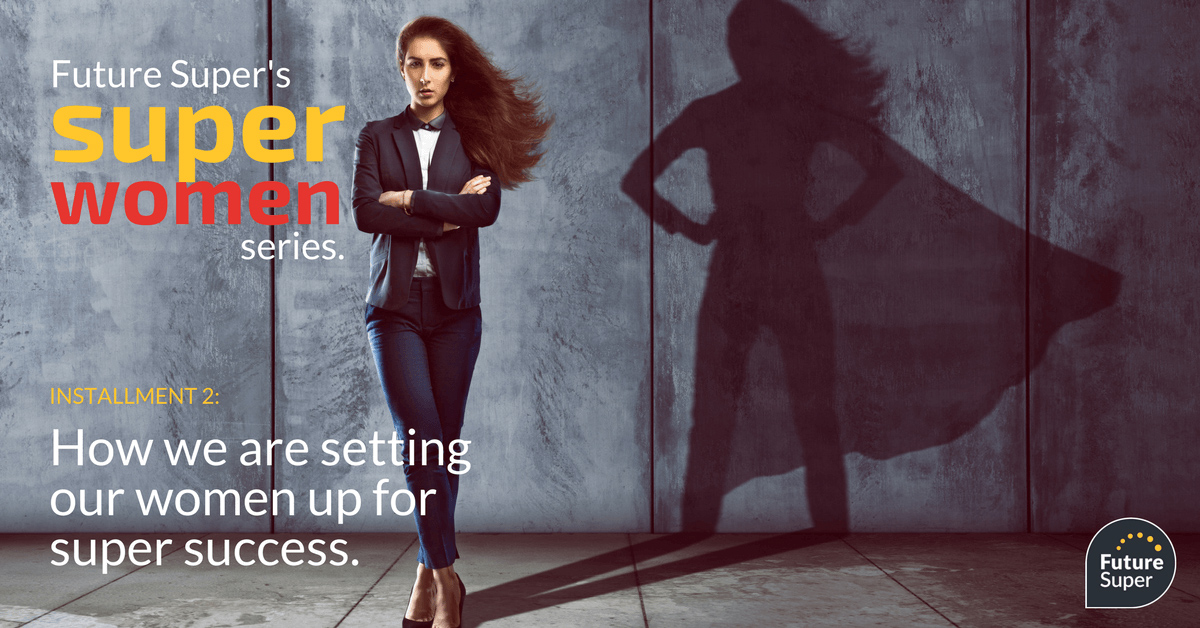 As Australia’s first fossil fuel free superannuation fund, we at Future Super pride ourselves on the strength of our ethics, staying vigilant to ensure that none of our members’ funds are invested in harmful industries like fossil fuels, tobacco, gambling, refugee detention or animal cruelty.

But as a superannuation company, we also feel a responsibility to try and fix the glaring injustice within the superannuation industry: that the median super balance at retirement is 47% lower for women than it is for men.

Invest your super in a fund that strives towards a more equitable system for women in Australia. Make the switch to Future Super. 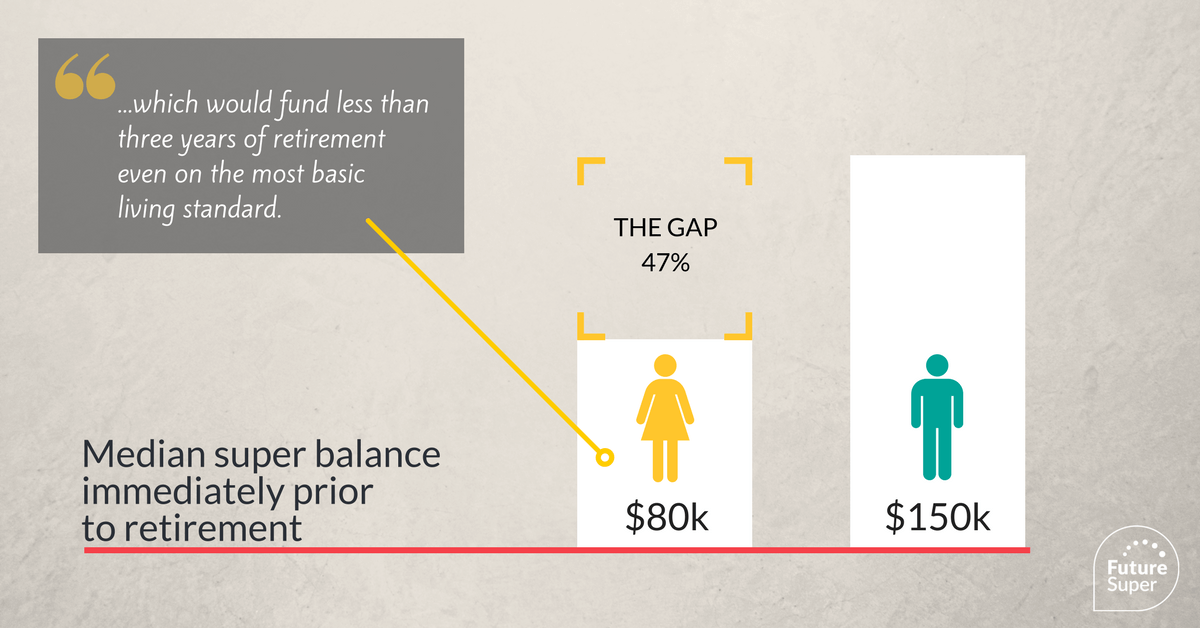 And that this is resulting in one in three older women living in poverty.

Let that sink in for a moment. 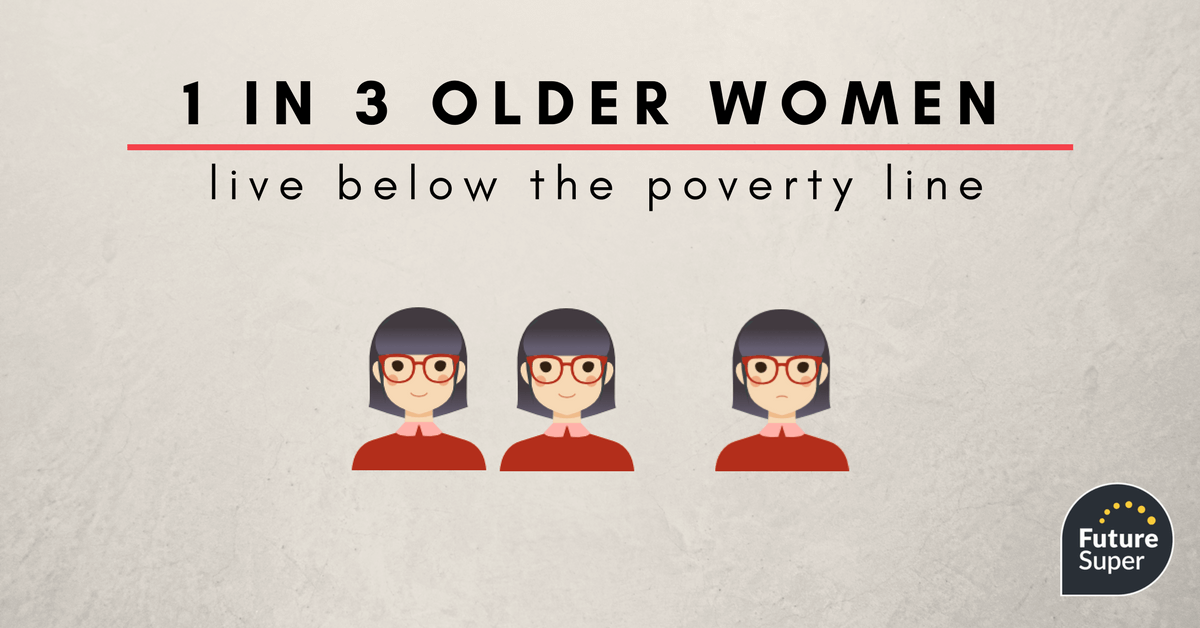 But other than lobbying the government, other superannuation companies, and women themselves to try and fix this problem, what can we do?

Well, we can start by showing what good looks like - to mitigate the structural inequalities that mean that our female staff are statistically more likely to retire with less in their super than our male staff.

We asked ourselves, what is really behind the superannuation gap at retirement? What are the root causes of this inequality? Based on our research, it boils down to three main things:

It’s not as simple as just paying our female staff more super - while this certainly helps, it does so in a way that risks criticism of “reverse discrimination”, especially within a team as small and close-knit as ours.

By thinking creatively, we’ve introduced three new policies to address drivers of superannuation disparity for women, and we’ve applied them in a gender-neutral way so as to help all of our staff whose super is being impacted by these drivers.

From now on, at Future Super: 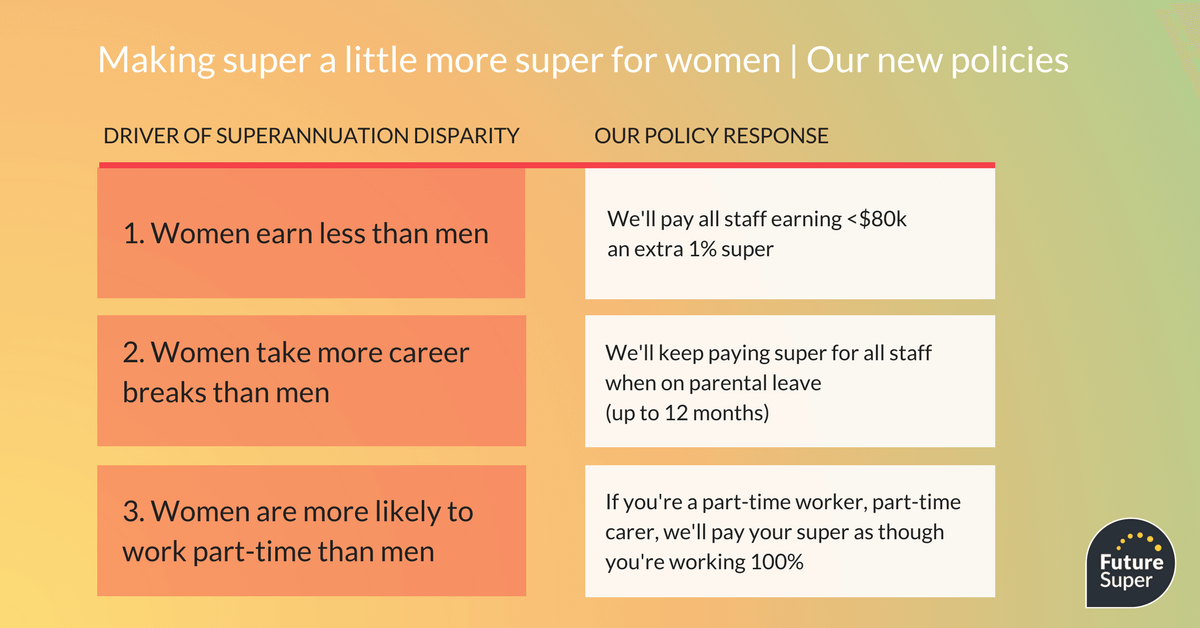 We’re thrilled to lead the way towards a more equitable and just superannuation system in Australia, and challenge other employers (and other super funds!) to commit to these policies too.