Coal Billionaire Secretly Funds Pro-Coal Propaganda, And No One Is Surprised 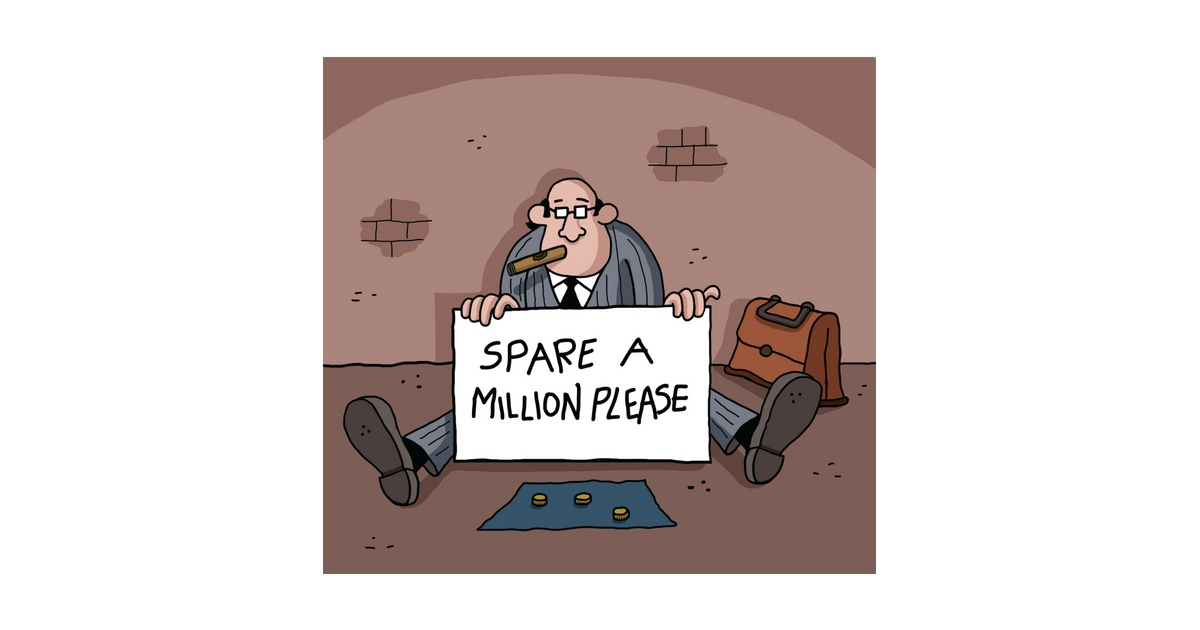 It’s a story so predictable it would be boring if the stakes weren’t so high.

Thanks to a freedom of information request as part of a protracted legal stouch, we now know that billionaire miner Gina Rinehart has been a major funder to the Institute of Public Affairs (IPA). According to an in-depth report in The Saturday Paper, Rinehart donated $2.3 million to the IPA in 2016 and $2.2 million in 2017.

Rinehart’s donations are large in absolute terms, but they’re also proportionally important. Her money - delivered through her company, Hancock Prospecting - accounted for up to half the IPA’s total revenue for the two-year period disclosed.

“[Rinehart] has, in effect, a controlling interest. You would never know that by looking at those [IPA] yearly financial statements, though. They contain no hint of the extent to which the so-called think tank is dependent on a single donor. Indeed, they seem to hide the fact.” Mike Seccombe, The Saturday Paper

Unfortunately that’s where the paper trail ends; further financials are outside the scope of Rinehart’s current lawsuit. However it seems entirely possible that $4.5 million is neither the beginning nor end of Rinehart’s self-interested corporate philanthropy.

What is the Institute of Public Affairs?

The IPA is a think tank whose research just happens to support policies that fatten the bottom line of big businesses like tobacco, fossil fuels and commercial media. From plain packaging to pollution, the IPA always seems to fall on the side of dollars rather than sense.

Despite its pockmarked track record, the IPA calls itself the voice of freedom in Australia.

“Over and over again, the word is repeated, like a mantra - freedom. On one particularly busy page, it appears 16 times.” Mike Seccombe, The Saturday Paper

Now the funding mask has been removed, we know that the IPA’s financial freedom is a complete farce. They’re connected at the wallet to the wealthiest woman in the country, and Rinehart has a coal empire to lose in the transition to a clean energy future.

The importance of following the money

In 1989, Exxon’s chief of strategy, Duane Levine, said, “Arguments that we can’t tolerate delay and must act now can lead to irreversible and costly Draconian steps.” In other words, policy supporting a fast transition to clean energy will cost polluters. And so delay has been the name of the game.

Delay and policy paralysis have proved effective at protecting the interests of polluters. We had a price on pollution, then we didn’t. It was replaced with Tony Abbott’s flaccid ‘direct action’ policy, and since then Australia’s emissions have risen. The dogs breakfast that is the National Energy Guarantee looks as shaky-legged as ever, with the government still struggling to secure support from states and key independent senators.

While a few rich people and politicians pretend climate change isn’t happening, every delay brings the terrifying reality of a warming world that much closer for ordinary people.

While a few rich people and politicians pretend climate change isn’t happening, every delay brings the terrifying reality of a warming world that much closer for ordinary people. Just a few days ago, NSW farmer Robert Lee wrote a profound piece in the Sydney Morning Herald, in which he called for the Nationals to accept and adapt to climate change. Lee is grappling with the third 1-in-100 year drought in the past 16 years.

Here’s some truth from the frontline.

“In the past two years, we have experienced heat waves in October and November, nights in June hot enough to sleep without a sheet, and record frosts. Today I am having to offload cattle for half the price expected under “normal” conditions. Unlike the Nationals, I have no trouble accepting the scientific argument that human activity is warming the planet and changing the climate. I live with the increasingly extreme consequences.” Robert Lee, Farmer

Climate change is here, and it’s hurting our people, environment and economy. But it’s not just coal barons that use money to prop up fossil fuel denialism.

Super is a source of climate denial and delay, too

Another important way money connects to polluters is through superannuation.

The alleged lack of an investment plan for dealing with climate risk has even prompted 23-year-old Queenslander, Mark McVeigh, to sue his super fund, REST, for climate inaction. This is the first lawsuit of its kind in Australia.

Eventually renewables will replace fossil fuels as the world’s main source of power. It’s happening all over the world, but the rich people that stand to lose the most have proven very effective at delaying action.

While there’s not much we can do to stop Rinehart making donations to charity think tanks for coal lobbying, most Australians have more control over their super than they think. And collectively, our super has a lot of clout.

Divesting your super from fossil fuels is a powerful statement. But it’s not just about what super doesn’t invest in. Super can drive investment in positive things like solar and clean energy. In fact, it would take just 7.7% of super to Australia to 100% renewable power by 2030.

The coal industry has access to the deep pockets of mining barons like Gina Rinehart. Do they really need our super, too?

Find out more about joining thousands of Australians who’ve made the switch to Future Super, Australia’s first fossil-free super fund